Meghan, Duchess of Sussex, returned to public life on Saturday, attending Trooping the Colour in her first appearance since giving birth to baby Archie a month ago. 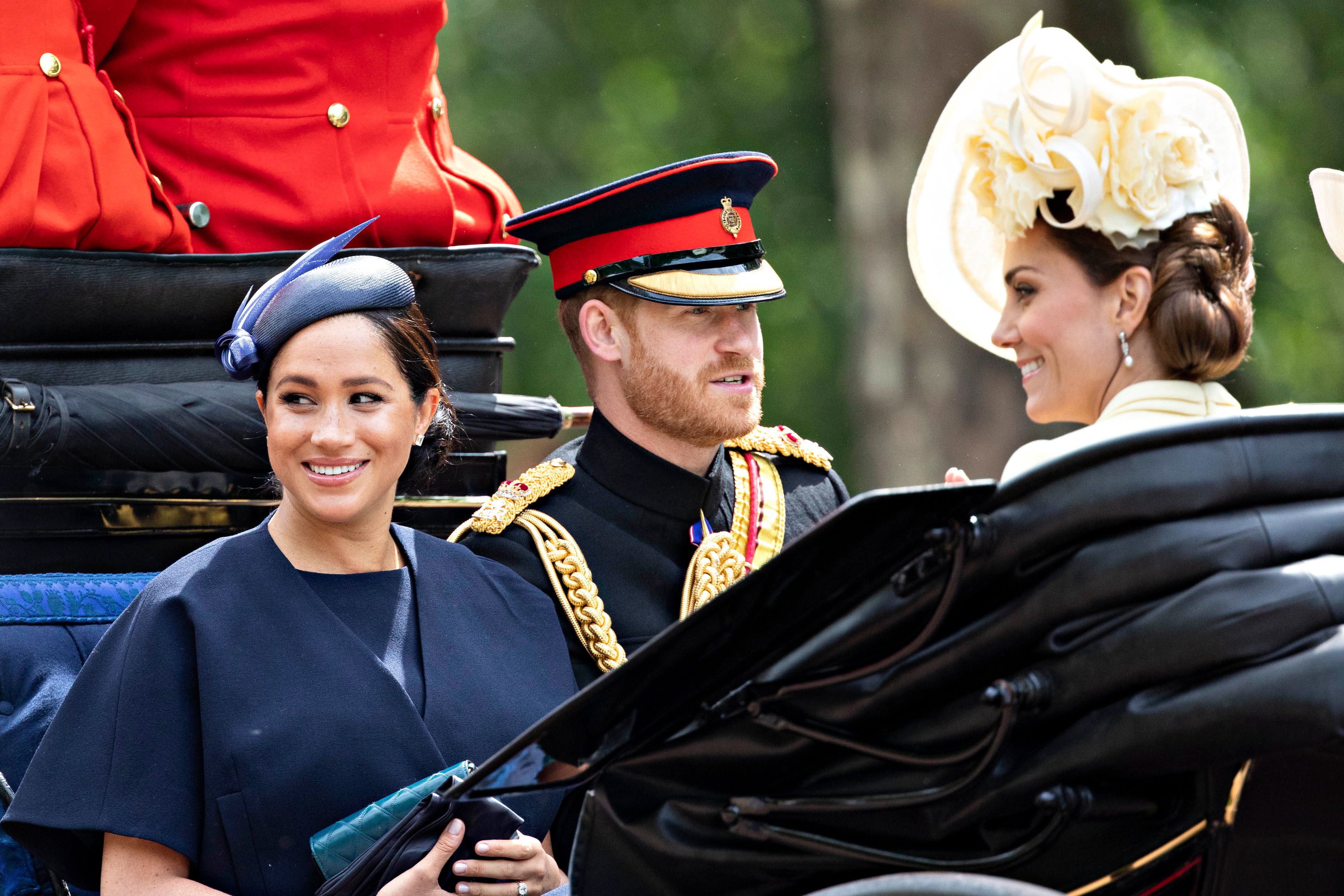 As the Duchess waved to passers-by, many noticed that she was wearing three rings on her left hand. Of course, the first two were her instantly recognisable engagement ring, and her gold wedding band.

And now, there’s been some speculation about where the third has come from.

MORE: Prince Louis and Princess Charlotte made the most hilarious faces during this behind-the-scenes moment at Trooping the Colour

Many have suggested that the diamond circular band could be an eternity ring from Prince Harry. Eternity rings are typically given to symbolise, of course, everlasting love, but also to celebrate a significant anniversary.

There’s no doubt that the Duke and Duchess of Sussex have had a few of those recently, with their first wedding anniversary a few weeks ago, and the birth of ther baby son Archie on 6th May.

Typically, they are also worn on the left hand, leading fans to assume even more that the new bling is an eternity ring from Harry to Meghan. How lovely! 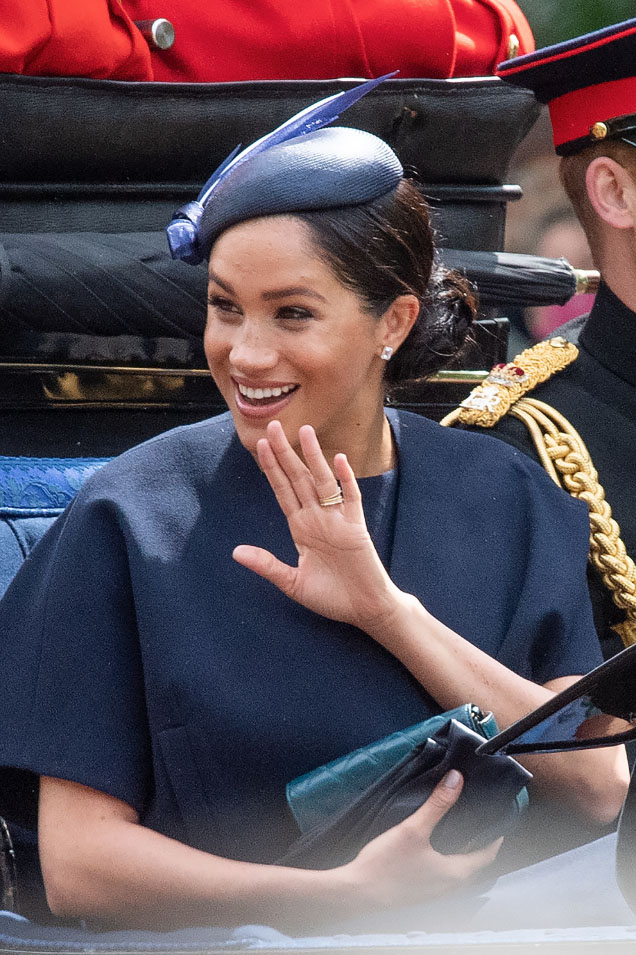 Eternity rings appear to have become somewhat of a tradition in the royal family. It’s reported that the Duchess of Cambridge received a similar gift from Prince William, soon after she gave birth to their first baby, Prince George.

The Duchess of Sussex decided on an all-navy ensemble for her first public appearance post-birth, from her go-to designer, Givenchy. She also opted for a navy quilted clutch from the brand. 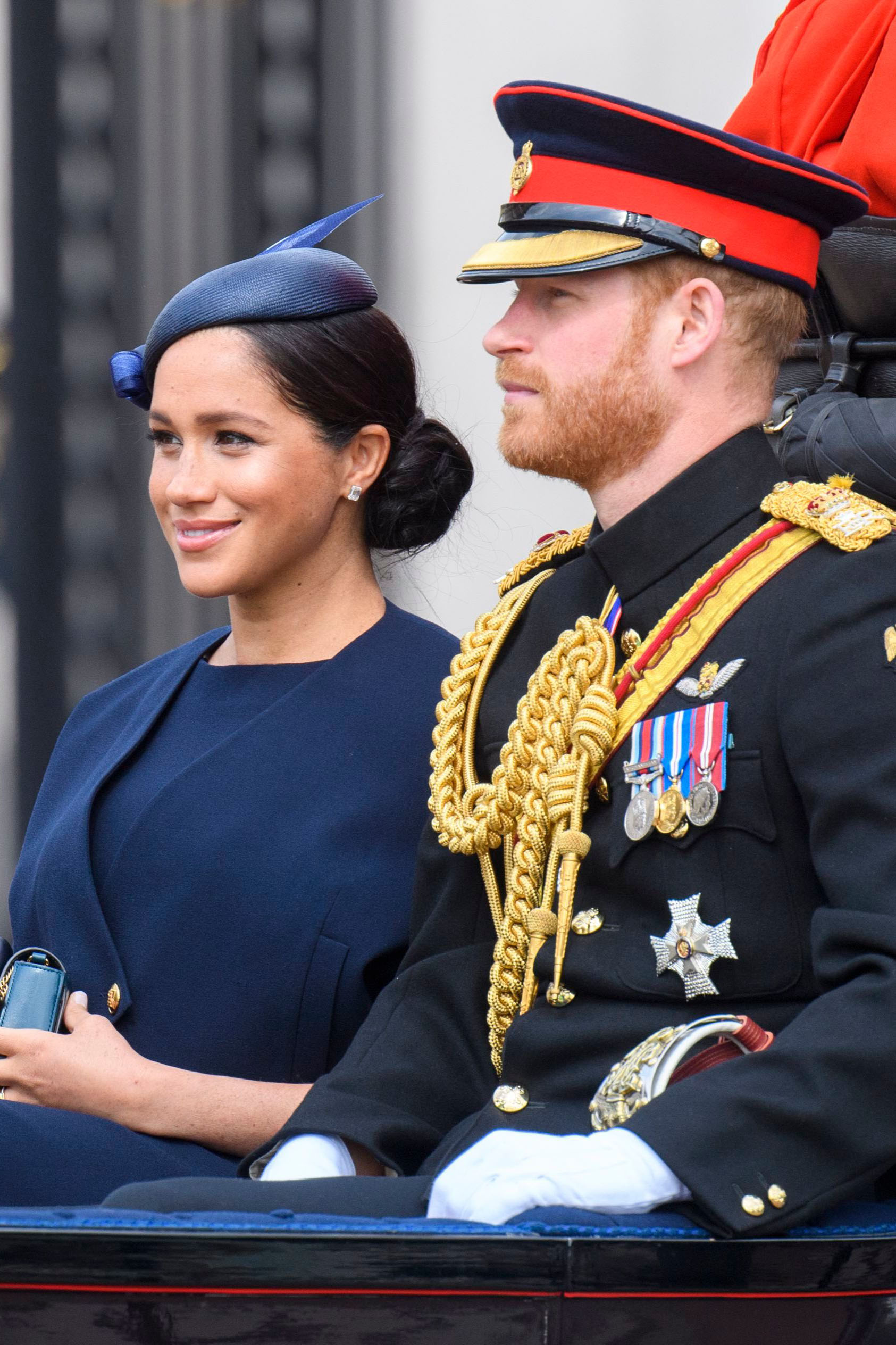 Givenchy has arguably become Meghan’s favourite designer since becoming engaged to Prince Harry – she decided on the brand’s head designer Claire Weight Keller to design her wedding dress, and has worn their designs for numerous occasions since.

Similarly, Duchess Catherine has come to rely on Alexander McQueen for many of her outfits, after they created her wedding dress back in 2011.

FROM: Our sister site, Woman&Home

How to fake tan: an expert guide on how to achieve a natural, golden glow at home